The Muslim Pro App Gets Canceled 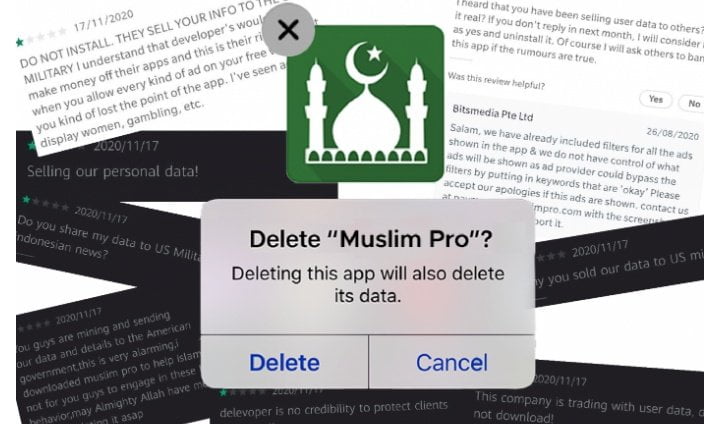 A Muslim prayer app over 50 million times on Android, according to the Google Play Store, and over 98 million in total across other platforms including iOS, according to Muslim Pro’s website. The Muslim Pro app has been canceled in the Muslim world due to claims that it’s one of the apps connected to a wide-ranging supply chain that sends ordinary people’s personal data to brokers, contractors, and the military.

Muslim pro reminds users when to pray and what direction Mecca is in relation to the user’s current location. The app also includes passages and audio readings from the Quran and several inspirational quotes.

How the U.S. Military Buys Location Data from Ordinary Apps

According to an article published by VICE. It’s stated that the app sends data to X-Mode, a location data firm that encourages app developers to incorporate its SDK, essentially a bundle of code, into their own apps. The SDK then collects the app users’ location data and sends it to X-Mode; in return, X-Mode pays the app developers a fee based on how many users each app has. An app with 50,000 daily active users in the U.S., for example, will earn the developer $1,500 a month, according to X-Mode’s website.

“It is safe to say from this context that the reasonable consumer—who is not a tech person—would not have military uses of their data in mind, even if they read the disclosures.”

Then sells that data to contractors, and by extension, the military.