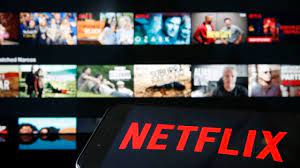 Netflix is planning to roll out less expensive plans, supported by advertising.

Netflix co-CEO Reed Hastings revealed the move on the company’s quarterly earnings call Tuesday, adding that the company will be examining what those plans will look like “over the next year or two.” Netflix COO Greg Peters said that advertising “is an exciting opportunity for us.”

“Those who have followed Netflix know that I have been against the complexity of advertising, and a big fan of the simplicity of subscription,” Hastings said. “But as much as I am a fan of that, I am a bigger fan of consumer choice. And allowing consumers who would like to have a lower price, and are advertising-tolerant, get what they want, makes a lot of sense.”

Hastings said that the embrace by competitors played a role in changing the company’s mind.

“It is pretty clear that it is working for Hulu, Disney is doing it, HBO did it. We don’t have any doubt that it works,” Hastings said, adding that it will be a plan layer, similar to Hulu.

How to get Netflix games?

How to watch Netflix for free(without signing up)

Hastings also said that when Netflix does launch an ad-backed tier, it would do so as a publisher, without the data tracking and ad-matching that some competitors are embracing.

“In terms of the profit potential, definitely the online ad market has advanced, and now you don’t have to incorporate all the information about people that you used to,” Hastings said. “We can stay out of that, and really be focused on our members, creating that great experience.”

The move to embrace advertising marks a sea change for Netflix, which has resisted advertising on its service since its inception. But with subscriber growth slowing and now declining, the potential to bring new, more price-sensitive users into the ecosystem is proving too great to ignore.

The decision also validates the advertising industry’s investment in streaming, with many top marketers pushing for the streaming giant to let them advertise in the service.