Microsoft reveals Windows 11, here’s when you’ll get it 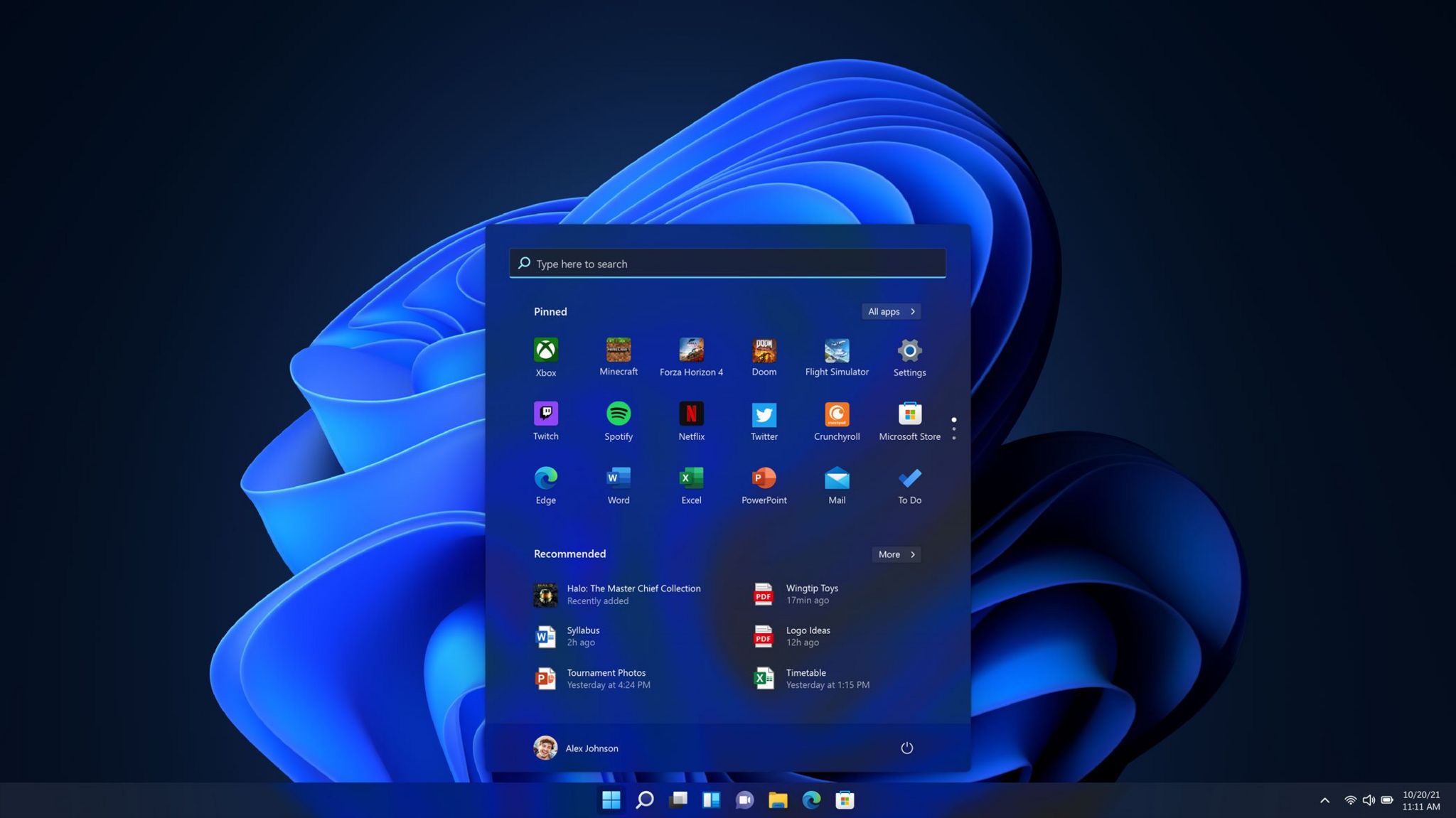 Windows 11 is the latest operating system from Microsoft for PCs, laptops, and 2-in-1s. Windows 11 brings a fresh design where the Start menu is at the center of the taskbar along with lots of new features.

Windows 11 switches up its look with a new Start menu and rounded corners, but it also includes lots of productivity upgrades, including Snap Layouts for running multiple apps at once.  Microsoft will make Windows 11 available as a free upgrade to Windows 10 users.

While speaking at the much anticipated live #MicrosoftEvent, Panos Panay, the Chief Product Officer at Microsoft together with his team showcased various features and details on how the new OS works.

Windows 11 was created to provide a new Windows experience, bringing users closer to the people and things they love. The new experience hosts new features that are seemingly designed to position Microsoft as the company whose products work with ones from Apple, Google and pretty much anyone else.

Windows 11 offers a whole new selection of Widgets, which is powered by Microsoft Edge and AI. These widgets can help you check your calendar at a glance, the weather, news, your to-do list, photos, and more. Widgets bring you a feed of info you can personalize, and you can decide how you want it to appear on your desktop. You can have Widgets slide out to cover a portion or all of your desktop, depending on what you want.

Windows 11 offers a whole new selection of Widgets, which is powered by Microsoft Edge and AI. These widgets can help you check your calendar at a glance, the weather, news, your to-do list, photos, and more.

The overall goal is to get to where you want to go faster. The new Windows 11 also includes more rounded corners on apps to make it look fresher and a streamlined taskbar. There’s also new colors and transitions, and a new dark mode that makes content stand out.

Windows 11 now features Snap Layouts. You can pick the Snap Layout that you want to choose so you can run multiple apps at the same time. For example, you could have two apps side by side or three in columns or four in a grid, and there’s six choices in total.

If you sometimes feel a little lost after having to respond to a notification, Windows 11 includes a new Snap Groups feature in the taskbar. So you can get right back to what you were doing before you had to answer that message.

The same thing applies to the new docking experience. If you unplug a monitor to move rooms, the windows that were on your monitor will minimize. When you go come back and then re-connect to a dock, all of your Windows will re-appear the way they were before.

Windows 11 now lets you personalize different desktops with their own wallpapers. So you can have a desktop for work, home, school or gaming, each with their own apps and look and feel.

With Windows 11, Microsoft is redesigning the Microsoft Store, making it faster and easier to find the apps you’re looking for. That’s all well and good, but the announcement that will probably garner the most attention is that Android apps will be directly available for Windows 11.

Later this year, Microsoft says that you’ll be able to find Android apps in Microsoft’s Store and download them through the Amazon Appstore. The process sounds a little convoluted at this point, but Microsoft is promising to reveal more information on the experience in the coming months.

Microsoft is attempting to make Teams much more mainstream by integrating it directly into Windows 11. Chat from Microsoft Teams lets you connect through video calls but also text or voice. And it will work across Windows, Android, and iOS (while FaceTime won’t have an app but only work via web links). You can also start presenting directly from the taskbar.

When is Windows 11 coming out?

Microsoft plans to release Windows 11 to the general public by the holidays, so we can probably expect it sometime around late November. Before that, we’ll likely see a slew of public betas, starting next week. It’ll be a free update to Windows 10 users. You can check if your PC is eligible for the free Windows 11 upgrade by going to Windows.com and downloading the PC Health Check app. Some users won’t be waiting until the year’s end to get their first crack at Windows 11.

Will Windows 11 be faster?

The performance will be faster on your existing PC or laptop when you upgrade to Windows 11 too, the US company has promised. Not only that, but future updates will be smaller and as a result, faster to download and install as well

How to Install Spotify Greenroom On Pc or Mac

How to cheaply Call someone in Uganda from UAE

How to cheaply Call someone in Uganda from UAE