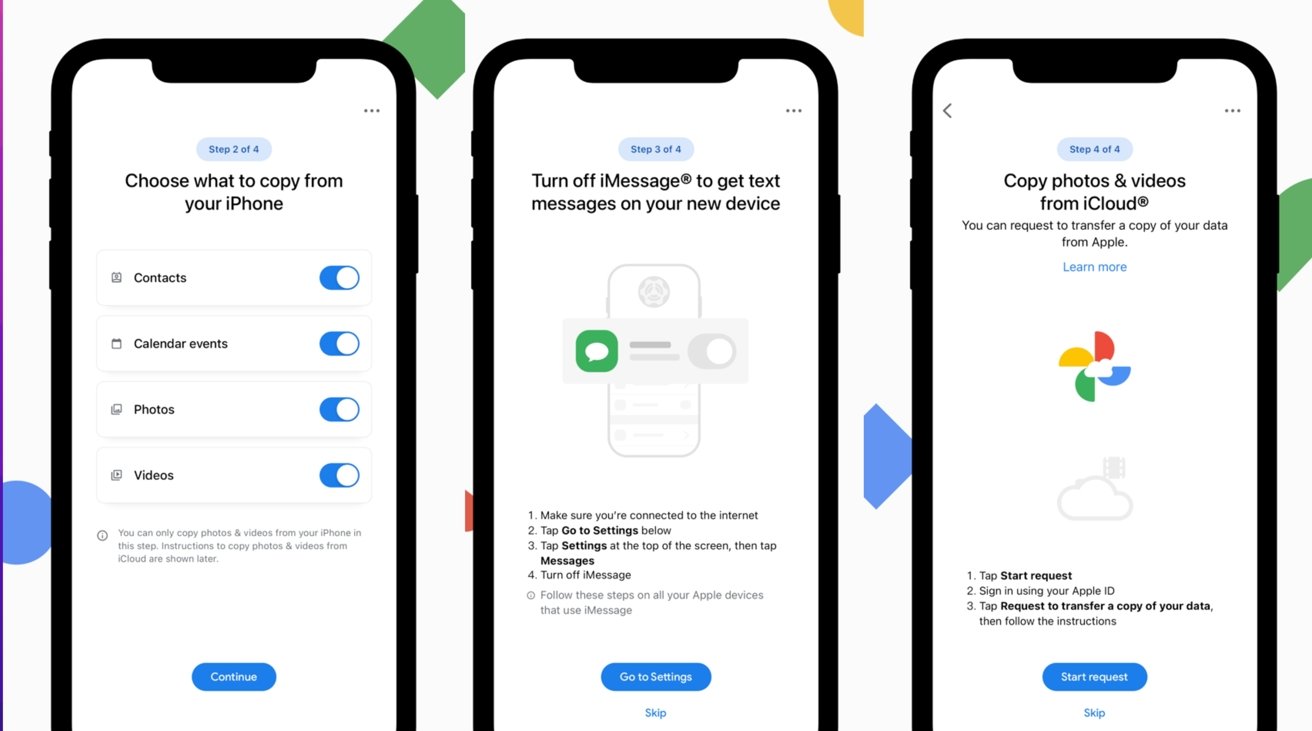 Google has released a new app for iOS called “Switch to Android,” a counterpart to Apple’s “Move to iOS” app for moving important user data from an iPhone to an Android smartphone.

Apple has provided its “Move to iOS” Android app since 2015, with the app built to help transfer data from an Android device to an iPhone, with as little fuss as possible. On April 14, Google finally offered its own alternative, with “Switch to Android” enabling users to migrate data away from an iPhone and onto an Android smartphone.

According to the App Store listing, the Switch to Android app transfers data including photos, videos, contacts, and calendar events, to a target Android device. This is all performed wirelessly, rather that requiring any physical cables.

The app also assists by taking users through important steps that they should perform on their iPhone before switching away. This apparently includes tasks such as turning off iMessage, as that can cause problems with receiving messages on Android if not properly disabled.

As part of the process, the app can make a request to copy photos and video from iCloud, for transfer over to the Android smartphone. The product listing also says the app will “ask you for a series of permissions so that your iPhone’s data can be moved to your Android device.”

It is unclear why the app is suddenly available to download and use in the App Store, given the bitter rivalry between the two platforms, as well as it surfacing over six years after Apple’s tool was released. It seems feasible that Apple could’ve prevented the app from being listed in the App Store, but it is unknown if such a position was taken by the iPhone maker.

The “Switch to Android” app is free, 39 megabytes in size, and requires an iPhone or iPod touch running iOS 12.0 or later.

Easy Steps on How to delete TikTok video (With Screenshot )