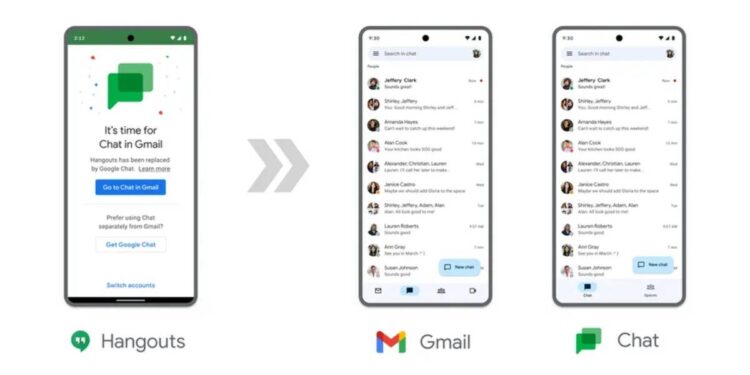 Google Hangouts users are set to be migrated to the newer Google Chat over the next few months. (Image Source: Google)

Back in February, Google switched Workspace users to the more modern “Google Chat” app in place of the older “Hangouts” tool. Later this year, the company plans to totally discontinue the older Hangouts and switch all current users to Google Chat.

In a recent blog post, Google stated that users of Hangouts on desktop and mobile devices will be urged to switch to Google Chat before Hangouts is discontinued in November 2022.

Users will have the opportunity to export all of their Hangouts data prior to the platform’s discontinuation, and chat data from the Hangouts platform will automatically be available on Google Chat.

Hangouts users will still see an in-product notice at least a month before Hangouts web is taken down. After this, Hangouts web will begin automatically redirecting visitors to Google Chat web.

The pros and cons of buying an electric car

How to Take a Screenshot on LG Smartphones

How to Take a Screenshot on LG Smartphones